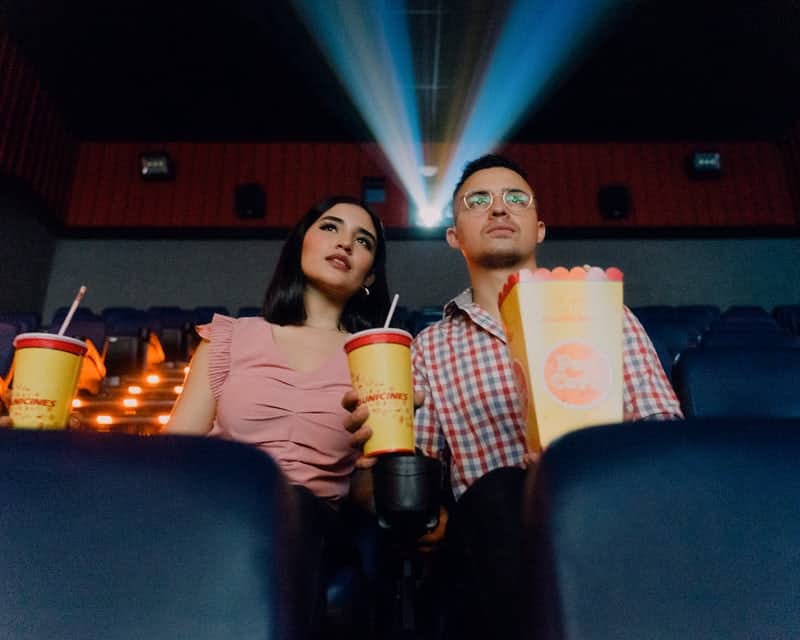 Whether it’s ’70s polyester, plastic surgery, or steroids, America always goes overboard. And when it comes to movies and TV, these five overdone Hollywood tropes are no exception.

Watching a sweaty, red-faced actor on her back screaming, surrounded by blood-soaked towels and other trails of carnage, does nothing to advance the plot. But yet we see it again and again, ranging from gross-out comedies like Knocked Up (the baby crowning scene at the hospital) or the worst perpetrator, the period drama Call the Midwife, which includes at least one birth scene per episode.

Dramatic birth scenes are gratuitous, making them relegated to everything painful and unnecessary in life, like Botox and weddings. Its only function in the story is to make the audience feel uncomfortable — and to win an Emmy for another over-acting performance.

I’m not the only one feeling uneasy with gory birth scenes. Some experts warn that these overly dramatized depictions in the media can lead to women developing irrational fears of childbirth and other unrealistic expectations.

In fact, these concerns are backed up by a 2015 University of Cincinnati study, which found that movies and TV significantly impacted women’s perception of pregnancy and childbirth in subliminal and overt ways.

Car chases are quintessential in an action movie, but why do they always have to smash into fruit stands? What is this obsession filmmakers have with seeing fruit roll all over the street?

They should try something more realistic, like running into bumper to bumper traffic that stops the chase altogether. Or maybe something fantastical like a crashed UFO. Either way, leave those poor fruit stall vendors alone — they have enough problems.

Thanks to mumblecore, I don’t know what anyone is saying in most movies and TV shows. Luckily, the cinematic gods have blessed us with an option for subtitles.

It’s unfortunate that this Valium-soaked whisper acting style has taken over Hollywood because show ponies work so hard, getting slapped with thick spackle makeup, suiting up in their outfit, hitting their mark.

And then they mumble something incoherent, like Marlon Brando in The Godfather, but if he were extra schwilly from alcohol and pills.

Unlike a smart and sexy British accent, which can easily mask any level of bad acting, whisper mumbling doesn’t magically transform acting skills into a memorable performance. It just forces me to press pause and set up the subtitles, again.

Producers don’t want to get panned by the woke police for not being diverse, but the token black sidekick is no longer enough to keep the PC babies from complaining.

Making sure to cover all the bases, Hollywood is now tasked with cramming in a checklist of PC-friendly, all-inclusive characters like the paraplegic lesbian, the transgender biracial Asian, and so forth.

At least Hollywood is making an effort to be more diverse. But it still feels forced and obligatory, especially since they’re usually cast as side characters that don’t add much significance to the plot. Their only purpose is to check off some boxes for diversity and make the star look good.

Like Samuel L. Jackson and those damn snakes on a plane, enough is enough. I am sick and tired of this motherf****ing tokenism in motherf****ing movies and TV. Hollywood needs more diverse casting in starring roles!

Maybe it’s superhero fatigue, but I’m also getting weary of seeing actors in spandex running around and flexing their muscles in front of a green screen. They’re not really actors anymore, they’re just guys in the gym working out for eight hours a day and taking steroids. I agree with comedian Ricky Gervais and his comment at the 2019 Golden Globes:

“There should be an award for most-ripped junkie.”

Even critically acclaimed movies have a case of bad CGI, like Martin Scorsese’s The Irishman and his notorious Robert DeNiro age-reversing generator. With DeNiro in a weird cartoon babyface, the lazy filmmaking only weakens the performance of an acting legend, like processed cheese poured over fettuccine.

Churned out over and over by the Hollywood stereotype machine, these five tropes are just the opening credits. Are there others you think should be added to the list? Leave it in the comments!