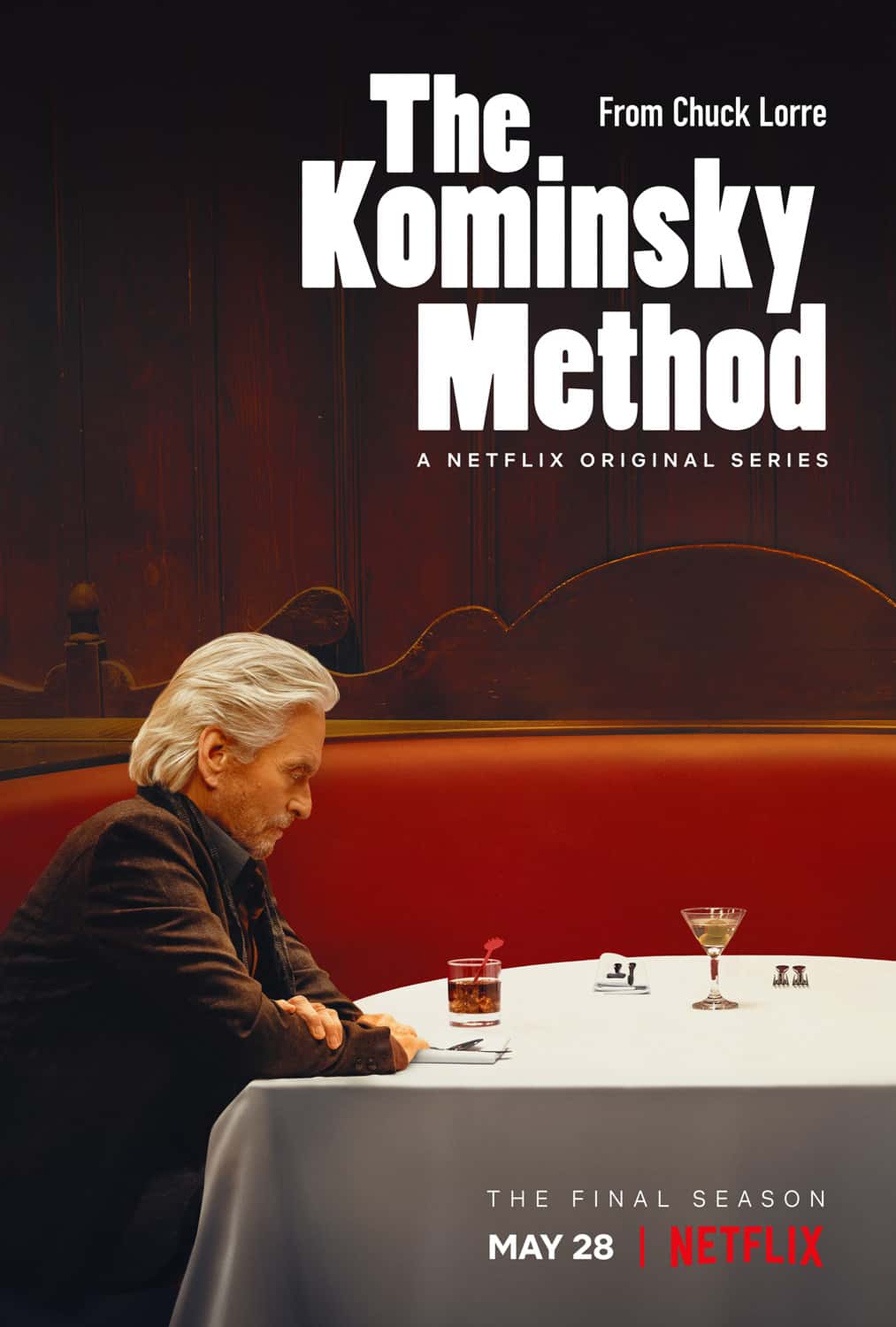 Starring Michael Douglas as Sandy Kominsky and Alan Arkin as Norman Newlander, there are many reasons to love The Kominsky Method on Netflix — the social commentary, the satire of modern society, the battle between generations; it’s all wrapped up in a pretty package and sprinkled with wickedly funny one-liners and sledgehammer wit. Not to mention the season cliffhangers that leave us wanting more, the streaming addicts that we’ve all become.

But there is one glaring problem with the series and it hangs over Season 3 like a smelly fart that won’t go away. I’m talking about the shameless product placement in almost every scene. Even so, I can’t help enjoying the series. It’s like fettuccine alfredo but instead of handmade noodles married with made-from-scratch sauce, it’s drowned and smothered in cheese whiz.

Nothing is sacred, nothing is real, it’s all advertising; even actors are brands, not people anymore but industries with a full staff on their payroll. And while the fatheads at the top get most of the money, they still have to trickle down minimum wages to their staff, regular people that have mortgages, private school tuition, and on and on.

You can take all the sincerity in Hollywood, place it in the navel of a fruit fly and still have room enough for three caraway seeds and a producer’s heart.

Maybe that’s why famous people have become dream hoarders. They have a lot of mouths to pay. In the series, Morgan is an online teacher for MasterAss (typo intended); in most cases, teaching is a humble, thankless profession that doesn’t pay much unless you’re famous and get interviews with Oprah. There’s also voice-over work, podcasts, maybe he could write an article on Medium (he’ll hire a ghostwriter and pay him a pittance). It’s not just Morgan Freeman. They’re all sellouts. Amy Schumer in that cringy tampon commercial comes to mind. Freeman or any of the others don’t even have to be good at their side hustles for a paycheck. They just have to roll out of bed and read from a script.

I have a funny feeling that’s why Alan Arkin got killed off in Season 3. In his late 80s, he couldn’t spend his golden years as a human advertisement anymore. I can picture the scene: Netflix producers are offering him an obscene amount of money. All he has to do is say a couple of lines here and there mentioning Malmart barely disguised as slightly humorous one-liners. But he just couldn’t do it. At his age, he gives zero f**ks about the money, which his relatives will probably fight over when he’s gone.

But in his 70s, Douglas still has a couple of f**ks left. He knows he’s part of the sales funnel, but at least he has that disgruntled look on his face; he doesn’t even have to try that hard, because he knows deep down it’s all a bunch of BS.

You can’t find true affection in Hollywood because everyone does fake affection so well.

It’s so fitting in the scene where he’s playing the main character in the remake of Steinbeck’s The Old Man and the Sea; it turns into an insurance commercial and then before the hordes of over-medicated viewers notice anything or realize just how annoying it is, he suddenly wakes up from the nightmare.

A therapist would probably tell me — for $400 an hour — that my obsession with old movies and TV shows is a symptom of autism. But I think it’s something else. Movie stars from The Golden Age of Hollywood were the real deal. Humphrey Bogart and Spencer Tracy came into the industry after surviving World War II, when life was on the brink. They had the tough-guy-with-a-heart-of-gold persona, the quiet but intense type. You don’t complain, you drink your gin and tonic, say your lines, and don’t bump into the furniture. There isn’t time for complaining or tasteless product placement. Why? Because they almost died and they knew every day after that was extra.

Know your lines and don’t bump into the furniture.

Now we’ve got the likes of Brad Armpit and Mark Wahlturd as the heroes. They came out of the suburbs, which must have been so hard; the struggle to be taken seriously as an actor and not just a pretty face. How did they ever cope? Brad Armpit is doing just fine. He has no problem as a zombie-fighting suburban dad in World War Z and then drinking a can of the most popular soda in the world for 10 minutes in close-up slow-mo.

If you use Hollywood as the test tissue for mankind, what could the prognosis be?

And Brad Armpit is only douche light. Another overrated movie hero is Mark Wahlturd, one of the worst actors I’ve ever witnessed. I know that’s just my opinion, but watch him trying to cry in the embarrassingly bad remake of The Italian Job. And his terrible acting isn’t even the worst thing about him. In the ’80s, he beat up a disabled man, robbed him, and left him unconscious. Justice — and good taste — in Hollywood and within public opinion is not a straight line but shaped like a flaccid drooping penis of disappointment, staring into a gutter of hypocrisy.

As the son of Kirk Douglas, one of the greatest actors of Hollywood’s Golden Age, Michael Douglas knows the truth, but the money is just too good. Like Morgan Freeman and all the other famous opportunity hoarders shilling for major corporations, he’s hedging his bets that our drugged and dying society won’t even notice.