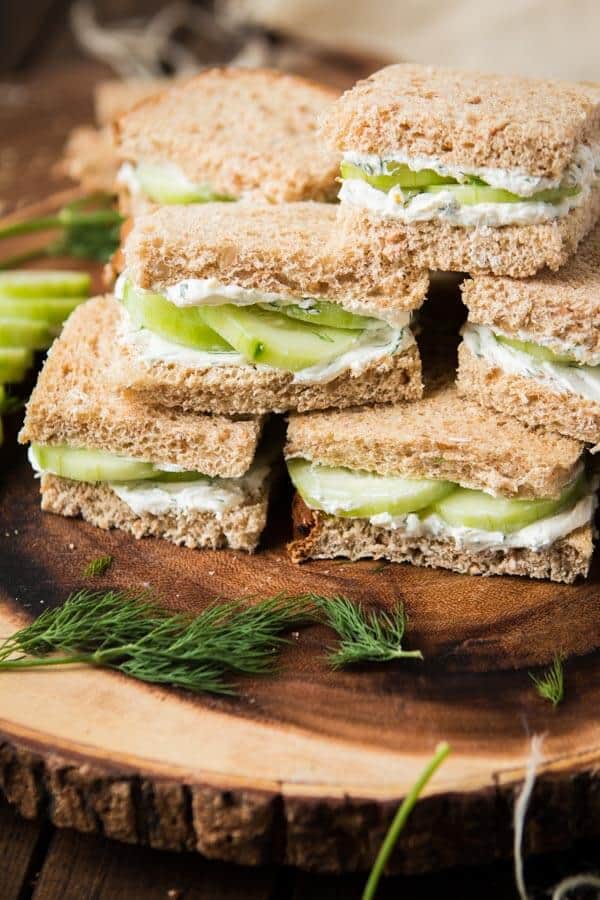 Interesting trivia: Gillian Anderson of The X-Files was originally offered the role of Lady Grantham, which ended up being played by Elizabeth McGovern.

One of the easiest appetizers you can make, it doesn’t take a fortnight to make these delicious bite-sized sandwiches. In fact, all you need is three ingredients and a few everyday kitchen tools!

You can snack on these tasty sandwiches on their own or as part of a traditional English afternoon tea menu. Along with scones topped with clotted cream and jam, your favorite tea such as Earl Grey or English breakfast, and a bowl of fruit, these light and delightful cucumber sandwiches are the perfect savory addition to your afternoon tea.

This updated recipe uses sourdough instead of traditional white bread, which makes it healthier and more flavorful. The enzymes in the sourdough culture also make the sandwiches easier to digest.

Bonus tip: Enjoy this delicious menu while watching your favorite Downton Abbey characters, a perfect way to transport yourself into the luxurious world of early 1900s lords and ladies.

Fun fact: Cast members have reported that many of the costumes are authentic pieces of clothing from the 1910s and 1920s. These antique costumes are so fragile that they can’t be dry cleaned, and the Downton actors often complained about the bad smell.