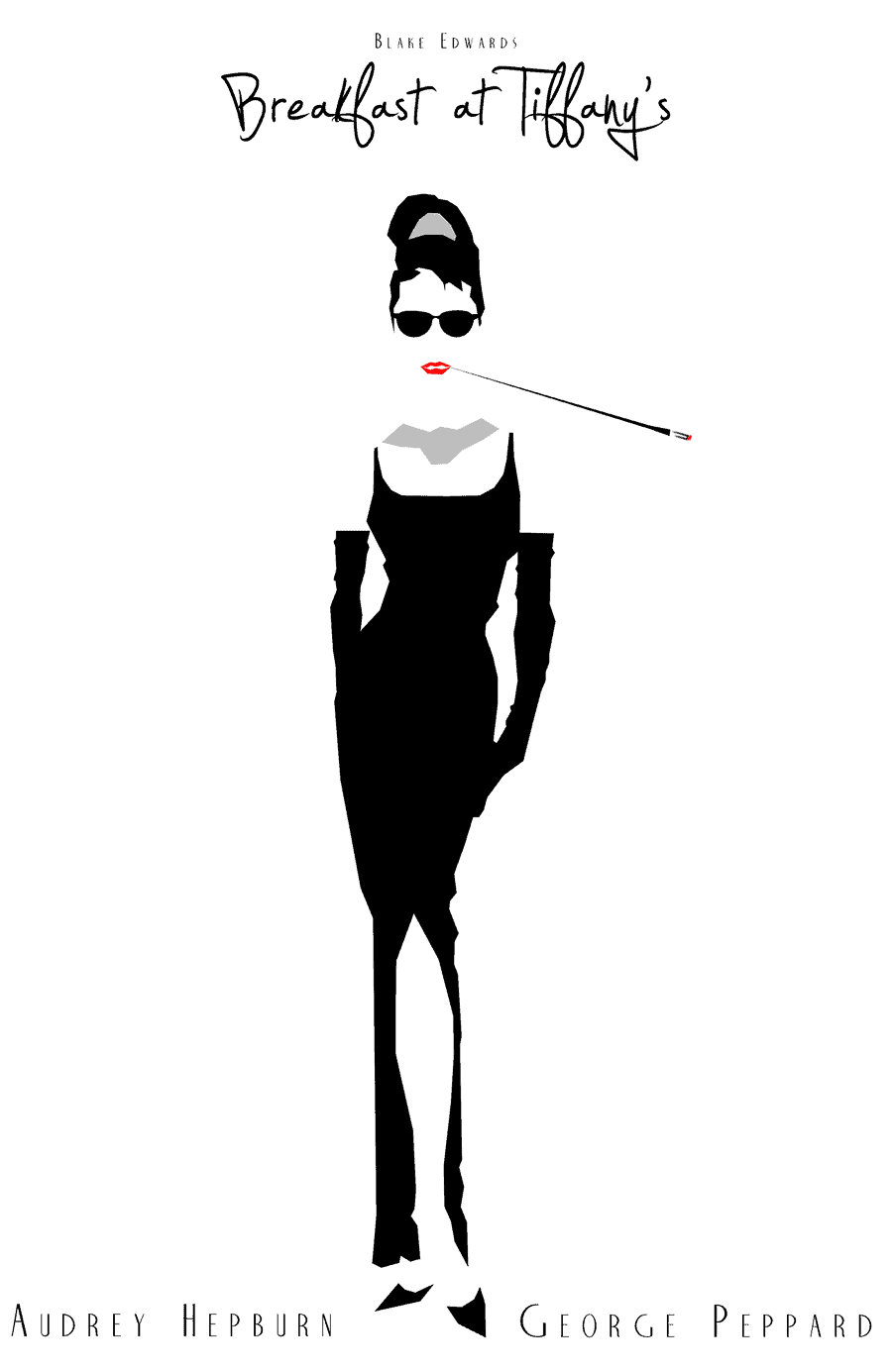 There’s a reason they call it retail therapy. When you put on that striking suit, little black dress, or leather jacket and you know you look good, a palpable level of confidence and swagger; you feel a particular kind of elation that comes from a rush of warm, feel-good dopamine in the brain.

Conversely, trying on the 12th pair of ill-fitting overalls can also be just as much of a bummer. In the comic strip Calvin and Hobbes, Calvin would sometimes feel a little extra tired or vulnerable when getting ready for school in the morning. It was always in these moments when he would get relentlessly attacked by mismatched stripes and polka dots jumping out of his closet. I wonder about people with VSL (visible panty line) or those shuffling around in neon-hued Crocs and mismatched socks. Are they like Calvin, a victim of terrible clothing choices because they both lack the energy and motivation to coordinate the right colors and prints? Or is it something else?

Whatever clothes you decide to wear, there is no denying the connection between mood and fashion choices. In fact, one study from the University of Hertfordshire in Britain found that 57 percent of women admitted to wearing baggy clothing when feeling depressed. In contrast, 62 percent reported feeling happy when wearing their favorite dress. Along with mood-boosting effects, fashion can also boost mental focus and attention. Referred to as ‘enclothed cognition,’ researchers from Northwestern University found that specific types of clothing significantly enhanced the mental process and performance of subjects wearing a lab coat.

Beauty begins the moment you decide to be yourself.

Style consultant Molly Bingaman also understands the psychological impact of fashion and how it helps her clients restore their confidence and overall wellbeing. She sees fashion as a form of expression, and when that part of a person is stifled, it can cause mental health issues such as low self-esteem and depression. When you look at fashion from the psychological perspective, there are many factors involved, but she pairs it down to one key point: “The question is not whether or not you have style, it’s whether or not it’s being expressed.”

Along with the sociological aspect of fashion, researchers have found that what you wear plays a significant role in reflecting your personality. In her book, You Are What You Wear, fashion psychologist Dr. Baumgartner posits that your wardrobe reveals insights into your inner thoughts and feelings. For example, if someone always wears neutral shades and no accessories, they might be stuck not just in a style rut but also a psychological one. For others, fashion is about sexual power, especially if they’re known for wearing low-cut necklines or form-fitting silhouettes.

Fashion as a Reflection of Society

During the suffrage movement of the early 1900s, fashion changed rapidly as women fought for independence and equality in a patriarchal society. They didn’t have time to fuss over corsets and restrictive full skirts with crinoline.

Ditching their petticoats and bonnets for daring drop waist gowns and short hairdos, their change in style was a celebration of a renewed sense of independence. Thanks to fashion trailblazer Coco Chanel, the goddess of haute couture, the 20s flapper dress symbolized the freedom of the early 20th-century woman to choose her destiny and not be at the mercy of the patriarchy.

But these gorgeous, haute couture gowns were handstitched, one-of-a-kind pieces, so only the girlfriends and wives of rich bootleggers and privileged aristocrats could afford them.

That’s why the world-renowned fashion designer Coco Chanel invented the iconic little black dress in 1926. Mass-produced in factories, these ready-to-wear dresses revolutionized women’s fashion. Instead of the LBD being relegated to times of mourning, it symbolized a powerful, confident woman going up against the patriarchy and demanding a seat at the table. Now, a woman from any socio-economic class could have a little black dress, a testament perfectly expressed by Vogue:

The Chanel ‘Ford,’ — the frock that all the world will wear.

And the editors of Vogue were right; even many decades later, the LBD is a wardrobe staple for every woman’s closet — timeless and oh-so-elegant. Fashion icons like Audrey Hepburn in Breakfast at Tiffany’s, high profile women at award shows, job interviews — the LBD is almost always the dress du jour.

It’s no coincidence that fashion is at an all-time peak of ugliness. Just look at all the ill-fitting high-waisted mom jeans, which have now evolved to grandma jeans with a backside cut so wide, it’s the size of a bedsheet; great for Grandma because it’s big enough to cover up her adult diapers but not so much for the butt, which always looks large and flat regardless of age or body type.

Fashion is a form of ugliness so intolerable that we have to alter it every 6 months.

As a fashion writer with a passion for gorgeous silhouettes, especially the gowns from the 20s and 60s mod dresses, observing this vast sea of bad fashion — the confusing mash-up of 80s and 90s styles — is hard on the eyes, particularly the outfits that are unflattering on beautiful bodies of all shapes and sizes.

But even if these retro styles aren’t flattering, the nostalgic aspect can’t be ignored. With the grunge and alt-rock scene having its epic moment, the 90s were an exciting time in history, and Gen Z wants to recreate the moment, whether consciously or not. And it requires mid or high-waisted faded jeans, which don’t accentuate the hips as the fashion mags tell you, but instead elongate the crotch, and not in a good way. To be fair, I love the high-waisted trousers from the 40s, like Katherine Hepburn opposite Spencer Tracy in Adam’s Rib, where she marches into a courtroom as a high-powered lawyer, busting gender roles and stereotypes.

Looking back on my high school days in the 90s, it all makes sense. I was using bad fashion as a form of both protest and personal protection — from creeps that sexually harassed me in the hallways, grabbing my privates after school when no one was around; and as a big f**k you to the snobby cheerleaders that bullied and ridiculed me no matter what I did.

The outfit I wore every day, aside from switching up with fresh socks, underwear, and shirts, was a baggy pair of overalls and knee-high socks decorated with cutesy chickens and other farm animals in bright colors. Channeling Laura Ingalls from Little House on the Prairie, I finished the look with pigtail braids and clunky barn boots.

Every day for the last two years of high school, I walked through the halls giving zero f**ks what anybody thought — the mean girls, the cute boys that ignored me, the creepy ones that ridiculed my flat chest. Aside from peak moments like playing Beethoven on piano without missing a note and galloping on my pony across an open field, it was the most liberating time of my life.

Now it’s Gen Z’s turn, and whether it’s deliberate or on an unconscious level, my guess is that they are wearing this hideous clothing as a response to the #MeToo movement; as a middle finger to any and all forms of toxic masculinity. They are wearing ill-fitting mom jeans and following the lead of their fashion icons like Billie Eilish, who wears baggy, ugly Christmas sweaters in her music videos because she doesn’t want to be oversexualized. On a personal level, young women don’t want creeps harassing them, whether verbally or with their eyes. Sexual energy is intense, the strongest in the universe, and when used in a dark way, it can be equally as destructive as it is beautiful.

Give a girl the right shoes and she can conquer the world.

On the other end of the spectrum, the ultra-glamorous Marilyn Monroe used the sex appeal of fashion to make an everlasting mark on Hollywood. Some might say she was a tragic figure, but by that same line of thought, all of us must eventually face our mortality, so one could argue that we’re all tragic in the end. But more importantly, Marilyn Monroe wasn’t just a sex symbol and 50s fashion icon. She was a talented actress that could tap into her emotions and express the vulnerability of her character in a raw and understated way, like in Arthur Miller’s 1961 classic The Misfits, her last movie starring Clark Gable and Montgomery Clift.

Monroe as a tragic sex symbol is just another myth perpetuated by the patriarchy, reflecting only one part of a very complicated story. Along with her acting talent, it was her fearless fashion choices in a male-dominated society — one that was jealous and fearful of any kind of female power — that caught people’s attention and eventually made her an eternally famous movie star. As you can see, whether it’s a movie star or regular civilian, there’s a lot going on beyond the outfits, but fashion sets the scene for whatever plays out in front of the camera or in real life.