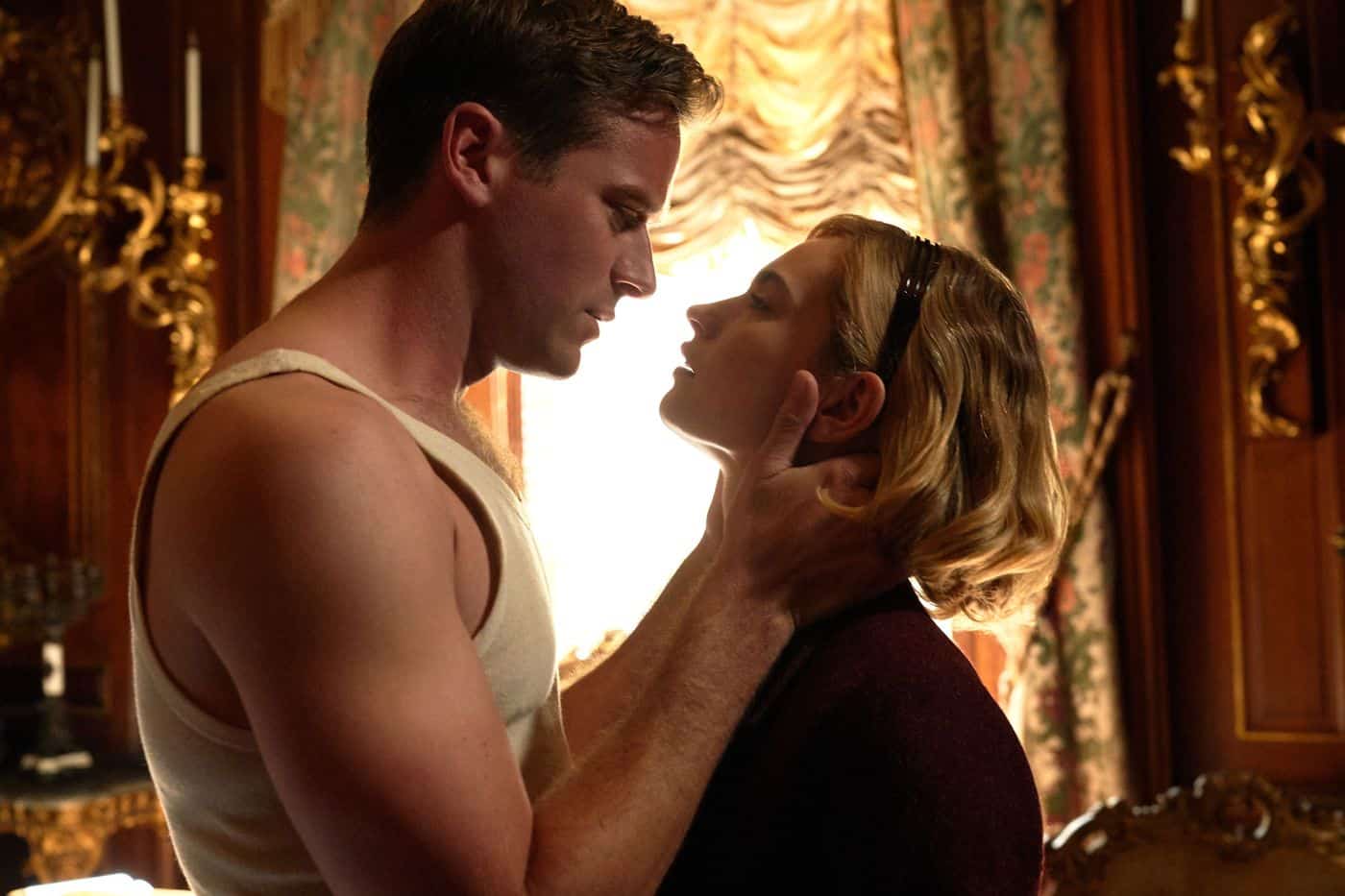 Based on the 1938 Gothic novel by English author Dame Daphne du Maurier, Rebecca, available on Netflix and directed by Ben Wheatley, gets off to a strong start: the gorgeous backdrop of 1930s Monaco, the period costumes, A-list actors like Academy Award-nominated Kristen Scott Thomas, and the charismatic Lily James from Cinderella. On the surface, it’s a movie with high-quality production value, making it easy to get drawn into the drama, especially if you’re a fan of shows like Downton Abbey and other Masterpiece Classics.

But as we learn more about the male lead Maxim de Winter, played by Armie Hammer, starting with his explosive temper directed towards his new wife, the plot takes a sinister turn. Spoiler alert: When he confesses to shooting his pregnant wife Rebecca, the story makes no sense. Why would the author make a bad-tempered murderer the hero of the story?

There is no possible way anyone can justify shooting an unarmed pregnant woman in the stomach and killing her dead. It’s not like the scene from Fatal Attraction where the rabbit-boiling Glenn Close was clearly insane and hellbent on killing the family with a butcher’s knife. It was undoubtedly a kill-or-be-killed situation, which is why Michael Douglas had every right to protect his family from a crazy lunatic with no impulse control.

Maybe Maxim de Winter’s nasty temper and aloofness pushed Rebecca away and into the arms of another man? Perhaps she was wild at heart and couldn’t control her impulses? Whatever the reason for her cheating ways, there is absolutely no justification for shooting a pregnant woman dead.

Despite everything, Mrs. de Winter (Lily James) truly puts her heart on the line, trying to understand and support her new husband. But as a viewer, I just couldn’t put my head around how he justifies his actions. More than halfway through the movie, he states his case, saying that his adulterous wife got pregnant with another man’s child, and she was setting out to ruin his life and reputation.

Maybe that was true, especially in the 30s when social conventions were more strict than today’s standards. But even more shocking than confessing to his wife’s murder, he actually convinces his second wife that he had no choice.

What’s love got to do with it?

And she falls for it, hearing only his part of the story, and the author conveniently leaving out Rebecca’s side. Mrs. de Winter (Lily James) even hides evidence and lies to detectives to cover up the murder. Her reasoning for aiding and abetting a murderer is equally despicable.

As she narrates the final scene, which shows them arrogantly and unremorsefully enjoying their second honeymoon in Cairo, she says she did it for love. But that’s a weak excuse, especially since the fast romance and quickie marriage in Monaco looked a lot more like desperation and lust.

According to psychologists, there are a variety of reasons why women support and lie for abusive men. Some women get trapped in unhealthy relationships because of toxic ideas of self-worth, fear of retaliation, or wanting to save their partner and change them.

For Mrs. de Winter (Lily James), it comes down to isolation, especially since she arrives to the Manderley Estate as an outsider; she also was an only child that recently lost both her parents to terminal illnesses. Financial constraints were another factor for why she decided to support her husband. As a former lady’s companion, she was near the bottom of the socio-economic ladder, and in 1930s England, the social hierarchy was strict and unforgiving.

If Rebecca had a chance to give her side of the story, this is how the screenplay should have been written:

A dark and stormy night. MAXIM DE WINTER sits in a chair in the study looking more arrogant than usual. As MRS. DE WINTER processes her husband’s confession about murdering his wife, he avoids eye contact.

Suddenly, the ghost of REBECCA appears in a evening gown, looking gorgeous and confident, but with a hint of sadness.

Maxim darling, I will always love you, but you’re such a liar. In your manipulative and well-crafted speech to your new wife, you get your chance to explain why you had no choice but to kill me and my unborn child.

But you conveniently forgot to mention my side of the story and I will no longer be silent. I fought with every ounce of courage to save our marriage, trying to communicate my true feelings and what I desperately needed from my husband. But every time, you shut me down with your explosive temper. You silenced me whenever I tried to speak my truth.

But now I get to have my say. So listen carefully Mrs. de Winter, because once you hear my side of the story, you’re going to run for the hills. Or at least I hope you have enough sense to leave this bad-tempered man with a stone-cold heart.

Maxim, you’re being unkind and unfair, the way you make me the villain in the story, a heartless Jezebel that cheats on her husband over and over again. While that may be true, there was a reason I leaped into the arms of another man.

In our tumultuous marriage, we had some good times, surely, but more often than not, you were in a foul mood. Anything would make your blood boil. Me having too much fun at the ball that I worked so hard to organize. Your childish and irrational jealousy over my friendship with Mrs. Danvers.

But darling, please understand. I only threw parties to make you happy. Maybe it was a mistake. Perhaps a quiet night with tea and crumpets would have been more appropriate. But no matter what I did or how hard I tried to cheer you up, you refused to open your heart and simply have a happy time.

I’ll never understand why, even now, with a beautiful, adoring new wife, you’re always so angry. You’ve had everything handed to you on a silver platter — a 300-room mansion, a fleet of servants. And yet I still wonder if there was something I could have done to make you happy and save our failing marriage.

Night after night you turned your back on me. And despite my increasingly desperate efforts to make you love me, like slipping into ravishing undergarments, serenading you on the piano, I always felt foolish and rejected, lying in bed like a vegetable, lifeless and dead inside.

Our passionless marriage went on like this for months and months. Then the months turned into years and finally, I just couldn’t take it anymore and I fell hopelessly in love with my riding instructor. I went down a rabbit hole of passion and lust. And despite how much I still loved you, I could not find my way back into your heart.

When I became pregnant with Jack’s child, you shot and killed me with a pistol in this very study we’re standing in, robbing me and my unborn child of a life we wanted so badly. Do you feel guilty at all about murdering me? Do you feel any accountability when you’re making passionate love to your new wife every night? Judging by the arrogant look in your eyes, I highly doubt it.

So tread carefully Mr. and Mrs. de Winter, because after the romance fades — and trust me, it never lasts — all the lies and justifications for your bad deeds will weigh heavy on your heart, like a dark cloud hanging over you for the rest of your lives. Sometimes one’s actions are so awful and reprehensible, only God can forgive them.