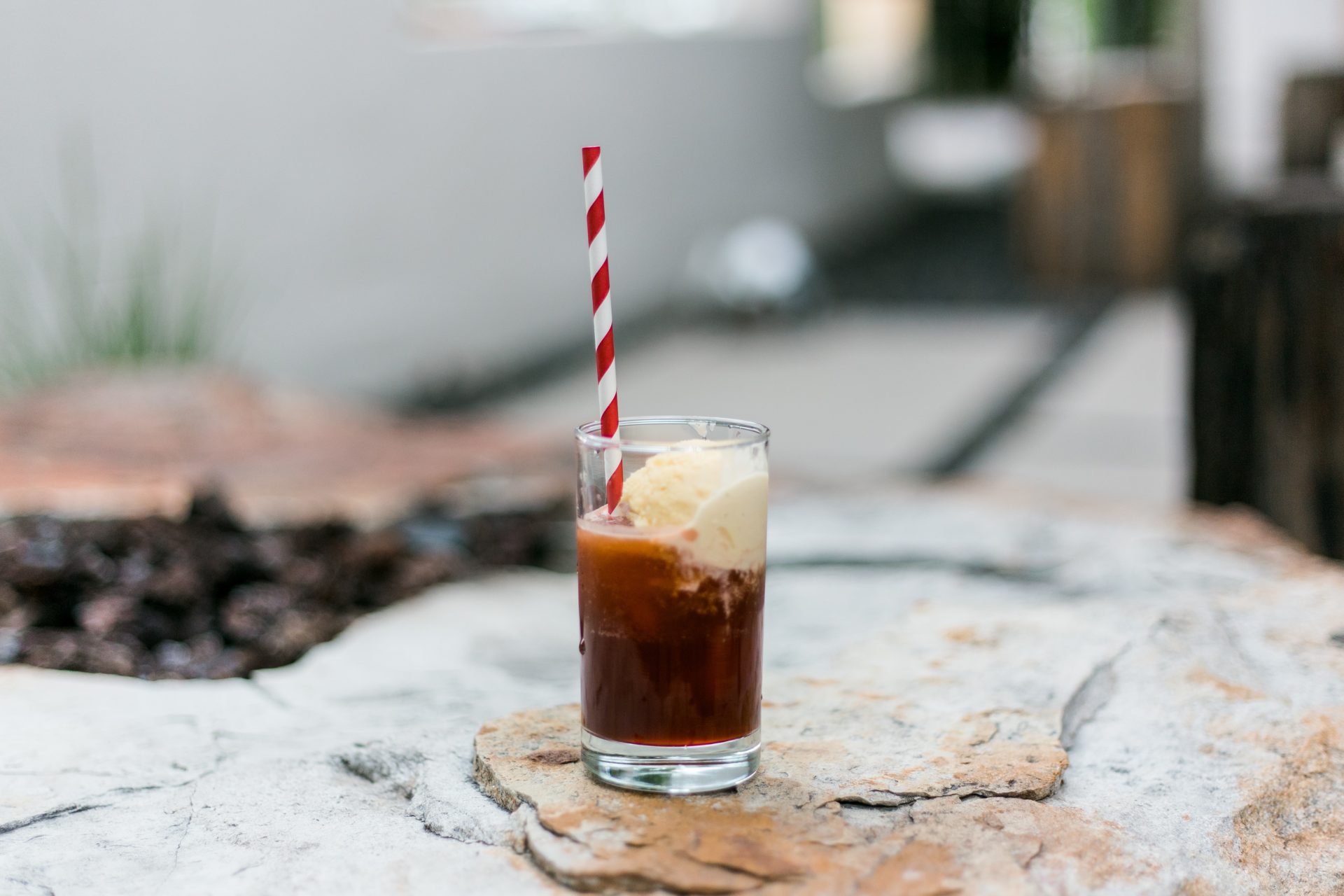 How to make a chocolate soda inspired by the Dick Van Dyke Show.

Food is more than nourishment; it can also be comfort food that feeds the soul and delights our inner fat kid. Such is the case with the chocolate soda, a retro treat from the 50s and 60s. In one episode of The Dick Van Dyke Show, Rob Petrie (Dick Van Dyke) promises to get his son Ritchie (Larry Matthews) a chocolate soda to cheer him up. The show ran from 1961 to 1966, a time when this dessert drink was popular.

Chocolate soda covers the basic requirements of a decadent dessert: chocolate syrup and vanilla ice cream. What makes the chocolate soda different than the classic ice cream floats like root beer and cola is the addition of unflavored carbonated water. The bubbly water balances the richness of the chocolate and ice cream, giving it a refreshing kick.

Bonus tip: For a little variety, try different flavors of carbonated water like raspberry or other types of tart berries, which pairs well with chocolate.

Fun fact: Also starring Mary Tyler Moore as Laura Petrie and Morey Amsterdam as Buddy, The Dick Van Dyke Show was the last TV show to be filmed in black and white. Season 6 was going to be filmed in color, but the producers ended the series after five seasons in 1966.