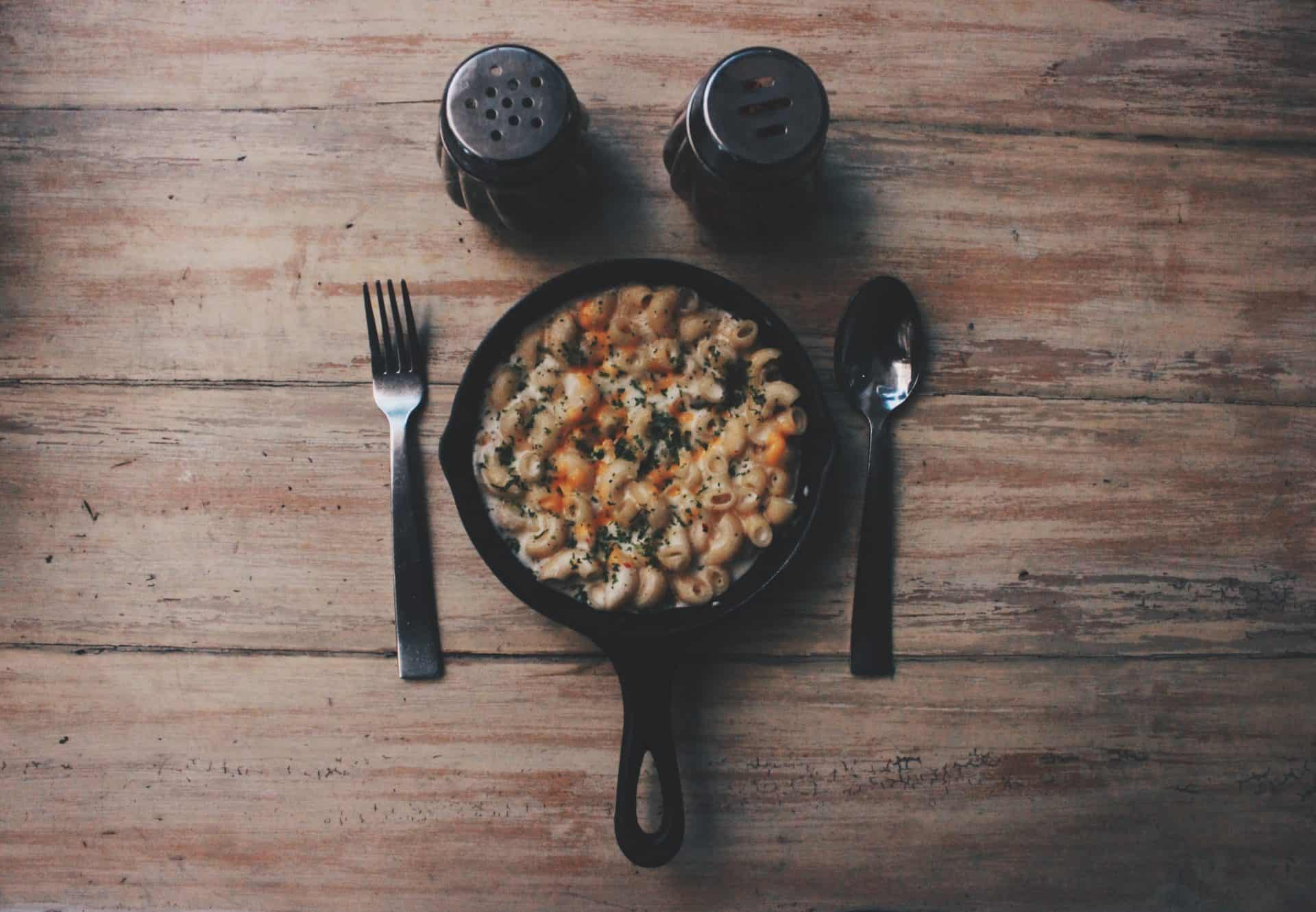 Once Upon a Time in Hollywood: (Deluxe) Mac ‘n Cheese

Once Upon a Time in Hollywood: (Deluxe) Mac ‘n Cheese

Nominated for 10 Oscars, Once Upon a Time in Hollywood has been critically acclaimed as another classic Tarantino movie. As both a nostalgic celebration of 60s films and a farewell to the golden era of Hollywood, Tarantino makes a final bow with his playful and quirky interpretation of Tinsel Town.

Part of the quirkiness is Cliff Booth (Brad Pitt)–he is, at times, both lazy and hard-working, making his neon-hued, straight-out-of-the-box mac ‘n cheese a realistic (yet sad) choice for a single, under-employed stuntman at the end of another workday.

The ultimate comfort food, mac ‘n cheese is satisfying and delicious any night of the week, which is why it’s an essential meal to include in your weekly menu rotation. Here’s an upscale version of Brad Pitt’s mac ‘n cheese; this revamped recipe gets out the cardboard box flavor with the addition of cheddar, herbs, milk, butter, and spices…yummy!

If you’re too tired or lazy for the upscale version, you can always eat it straight out of the box like Cliff Booth. But to make it palatable, just make sure you’re really hungry–like an 8-10 on the ‘hangry’ scale.

Healthy tip: Make it extra healthy by adding 1 cup of frozen broccoli. Simply add it to the pot of boiling pasta during the last 5 minutes of cooking time.

Fun fact:  Brad Pitt is famous for many things– divorcing Jennifer Aniston, Legends of the Fall, and eating in movies. As he explained in an interview about his on-screen munchies, “I like to busy myself.”

Bonus tip: Compared to other Tarantino classics like Pulp Fiction and Reservoir Dogs, the violence in this film is more comical and over-the-top. (And it’s a little satisfying to see potential mass murderers get what they deserve). But if you’re a sensitive snowflake, you can use this time to check on your mac ‘n cheese or plate your dish (or pour your wine, etc). Obviously, if you’re a serious Tarantino fan, we recommend having your meal ready before the opening credits start to roll.